(rendering of the 2010 Levoy Theatre facade)
The Millville City Commission approved eleventh-hour funding for the historic Levoy Theatre, Tuesday night at 7pm at the Millville City Commission meeting held at Millville City Hall.
The City Commission voted tonight to provide $375,000 from the Revenue Allocation District, as well as $300,000 forgivable loan from the Grow Millville Fund, to the Levoy Theatre Preservation Society for renovation efforts with a goal of opening in 2010.
The vote was approved 4-1. Commissioners Joe Derella, Dale Finch, and Jim Quinn as well as Mayor Tim Shannon, all in favor respectively. Commissioner Dave Vanaman was the only to dissent.
"We need a hub for downtown Millville," Commissioner Dale Finch stated, "and the hub is the Levoy Theatre."
Levoy Board Chairwoman Lauren Van Embden, 29, Millville, was represented through a letter (she was fufilling a prior commitment made last May) where she called the theatre's history a "tale as old as time," referencing the Disney musical "Beauty and the Beast."
And she is quite right. The Levoy Theatre opened on High St. in Millville on January 9, 1908 with a small theatre on the bottom floor and a dance studio on the second. It was opened by Mr. William "Pop" Somers, one of the early designers of the Ferris Wheel. Tickets were only a nickel for one and a quarter for six, according to the Levoy website.
The late Joseph Pierce Jr. (1975-2000), Levoy historian, original Chairman, and Founder of LTPS, was represented through a letter from his father Joseph Pierce Sr. recalling the passion his son had for the project and goals he set forth to the City of Millville.
Both letters were read by Amanda Page, Vice President of the LTPS, whom also voiced her own support for the project, as seen through her 12+ years on the Board.
Commissioner Jim Quinn, former Mayor of Millville, pointed attention to the UEZ (Urban Enterprise Zone) monies granted to the city. Urban Enterprise Zone refers to the areas in New Jersey that are given an opportunity to pay 3.25% sales tax instead of the regular 7%, with the State of NJ granting the other 3.25% back to the city for usage in loans and project developments.
"What a great way to use the [UEZ] monies for the downtown," Commissioner Quinn said, referring to it's allocation to the Levoy Theatre. "Absolutely no property tax will be put into the Levoy," he said.
Commissioner Quinn also recognized the Off Broad Street Players Theatre Company, currently of Bridgeton, relocating to the Levoy in Millville upon it's opening.
"We're lucky to have a group like the Off Broad Street Players that has been giving phenomenal performances during our downtown activities," Quinn said.
Concerning the economic status of the City and county, Commissioner Dale Finch noted the importance of a project like the Levoy Theatre restoration, to boost the job market.
"Everyone is looking for work," Finch said, "and the Levoy will be opening immediate construction opportunities."
Mayor Tim Shannon provided reports of surveys with conservative data from over the past 12 years. Shannon also casted his support for the project.
"We will be the shining star in performing arts," the Mayor said, "I can't wait to buy my first tux for the opening!"
More information regarding the Levoy Theatre can be found on their website LEVOY.ORG. More information regarding the Levoy's resident theatre company: The Off Broad Street Players, can be found on their website at OBSPONLINE.ORG
Be sure to stop by the Levoy Theatre this Third Friday (Sept. 18) for a special performance by the Off Broad Street Players, and make sure to watch out for the Levoy's newest fundraiser (HINT: bring crayons...)
-------------------------
Levoy support does not only appear in Millville and Cumberland County.
THINK ABROAD!
Here are a few pictures of Levoy Theatre support around the world!
(Levoy support is shown through the purple eco-friendly shopping bag taken around the globe. GO GREEN! and purchase a Levoy shopping bag today here!) 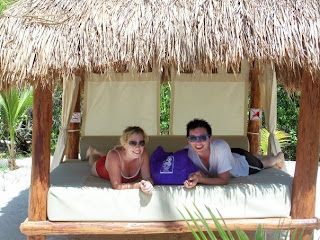 MILAN, ITALY.
Levoy shopping bags have also seen their way to Turin, Verona, Venice, Lago di Garda, (in Italy) as well as Germany. Please send me your pictures with the Levoy shopping bag wherever you find yourself in the world!
Thanks!
-Jim Cook Jr.
Posted by Jim Cook Jr. at 11:35:00 PM