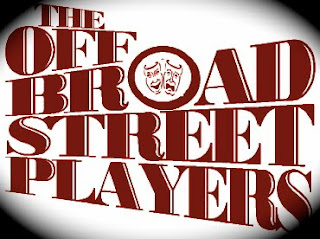 The Off Broad Street Players have announced their 2010 season as of 8pm on November 20 prior to their Friday Night performance of OKLAHOMA. The season is as follows:
February: PIPPIN
March: WILLY WONKA Jr. (Children's Theater)
May: Neil Simon's COME BLOW YOUR HORN
Summer: CHILDREN OF EDEN
October: SMOKE ON THE MOUNTAIN (a new musical!)
and finally the (hopefully) opening show in the newly-renovated Levoy Theatre (Millville, NJ)
Irving Berlin's WHITE CHRISTMAS.