"Before I speak, I have something important to say..." 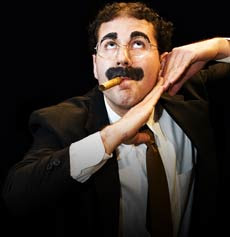